Well, that’s a big ass clickbait right?. This blogpost is not about any political statement on how to destroy capitalism or whatever, it’s not on how to theoretically destroy the banking system… this blogpost is about how I could’ve destroyed the economic system in Uruguay due to a tiny bug in an ebanking application.

This story begins a lot of time ago, well, a lot in Internet noteworthy time at least. One of the banks of my country emailed telling all their users that they had a brand new mobile app, pretty sweet right?. The good part is that it is pretty well designed and it runs both in iOS and Android. The bad part is that it was late at night and I was drunk so I gave it a try to torn it apart.

After attempting several times to communicate in a safe way to the bank itself I ended up getting a manager email and the bug was reported in detail on July 7th.

There was several follow ups on the matter with the answer of the bug going to be fixed “next week”.

I have some expectations on what a mobile ebanking app should do:

This is a small list on things that apps should take into consideration and things that pentesters should enforce in their tests. I want to remind you that Pokemon Go has SSL pinning…

None of the above were present, so I started digging… deep.

First things first, reconnaissance. Since the app didn’t configure SSL pinning, I could set up a MITM attack just adding a root certificate to my device that allows the proxy to intercept the requests.

To my surprise not ALL the request were SSL. All the bank endpoints were correctly set to HTTPS but one of them were not and it was a Javascript file. A Javascript file? Why? For the sake of curiosity I inspected the request:

So we have a plain HTTP request to Google Map JS API and in the app itself we have a pretty map with all the banks. So I expected a WebView that embeded the map for some reason.

I hijacked the request just trying some simple XSS injection. Bingo! I could execute any JS script in the app but what else?.

Having the ability to inject JS I doubted that app itself was just a website wrapped in Cordova or something converting the whole app in just a JS program giving me the option to go through all the corners of it.

As you might expect being a sensitve application handling REAL money of REAL people… it was a JS program, an Ionic app wrapped in Cordova being more explicit.

How do I know this? Well, remember that I can execute ANY JS in the app?. Well since I just can I started a Weinre server in my machine, this tool is used to debug your JS application in the device. Really useful to see what’s going on the device and in this scenario really handy to dig through everything.

This is a remote execution tool and since the app itself is just a webpage allowed me to execute code and change anything in my device. This endeavour proven to be worthy only for changing the bank’s logo for Dickbutt and publishing that information in Twitter, remember… I was drunk.

I called it a day I had enough.

The end is near

I wanted to know more and I have everything to learn all the banks endpoints and the app code itself. Remember that in this world everything is JS?: 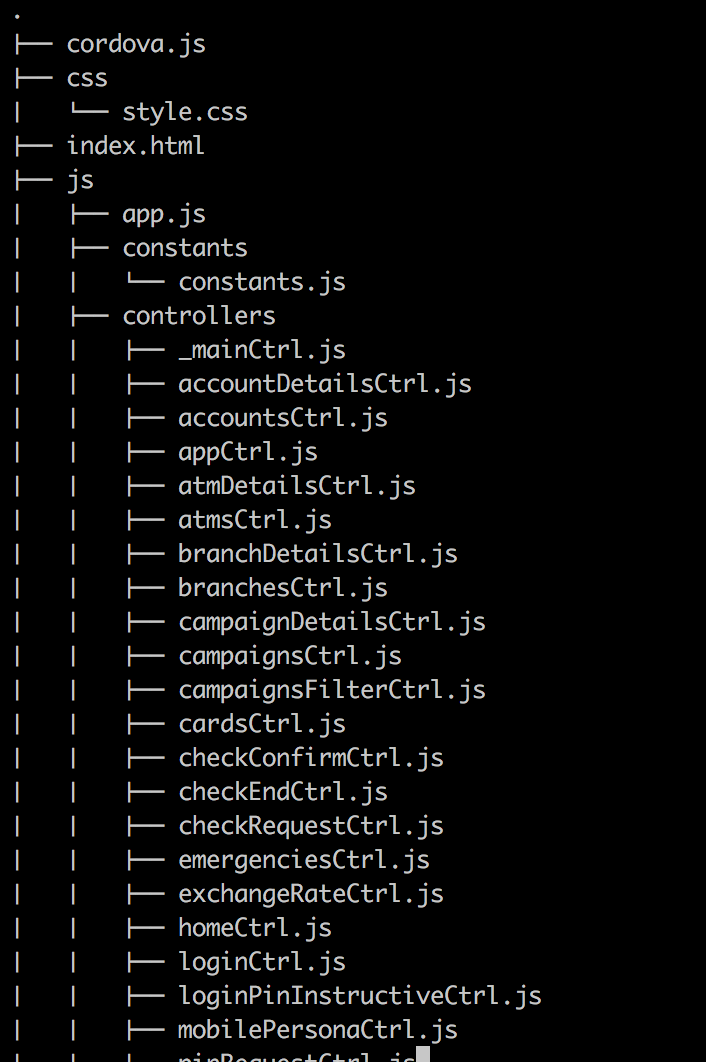 Everything there, ready for the taking.

So, we have the application code, the endpoints, the markup and a way to access it and since it’s JS a way to modify it on the fly.

Having access to the running code itself gave me curiosity on what information is being stored in localStorage… for my horror I found the current session access_token just there… Waiting.

What’s the attack vector for this? We have several ones.

One approach possible just for the lolz is SSID spoofing with a MITM injection.

Public wifi (and some private ones) are known to not being secure and easily exploitable: https://medium.com/matter/heres-why-public-wifi-is-a-public-health-hazard-dd5b8dcb55e6

The concept is really simple, we have a Raspberry Pi: 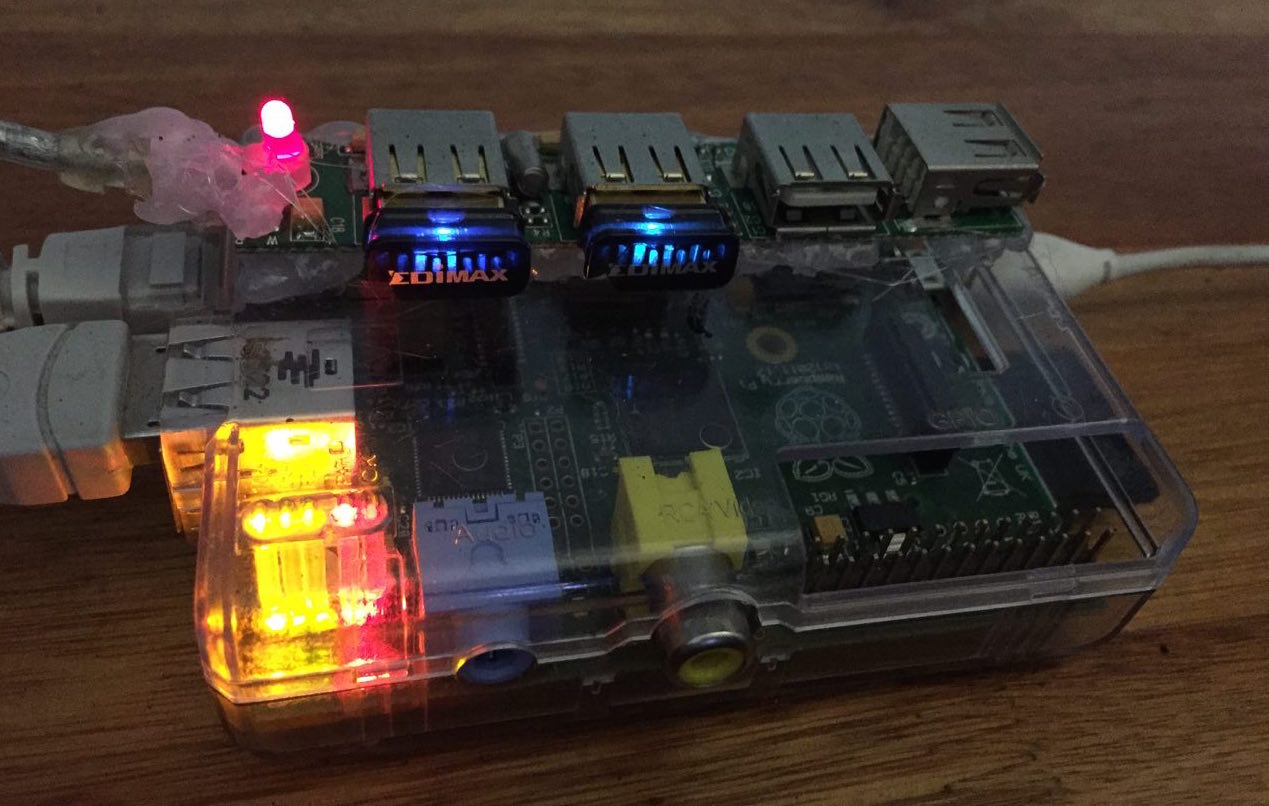 And this little beauty just clones a given SSID and uses the second antenna to give the victim(s?) Internet access and just be hidden at plain sight.

The world on fire

All this buildup was for a reason.

Using this theorical attack we could get user and passwords from the users… even if we don’t want for any reason we can always use the stored credentials in the client.

The thing is that you may want to steal from people… is wrong and you deserve to be hunt down for it but maybe and just maybe it can also be a statement.

$0.01 is the less you can transfer between accounts and since you can basically hijack an account without being truly noticed (since you can’t see anything really in the app).

Having access to a fair amount of accounts can allow an attacker to freeze the banking system for a pretty big amount of time.

The maximum transfer between accounts without any kind of token or two factor auth is $1000.

Then the maximum damage possible is the minimum transfer (0.01) * the transfer limit (1000) but then we can also take advantage that the limit is in american dollars but the minimum currency is 0.01 Uruguayan pesos.

You can always use random transaction amounts to screw things up even better. The whole economic system DDOSed with a silly bug, in a day. Countless hours of manpower to revert something that shouldn’t been there.

We are fucked. Period. Technology has taken over our society but we still treat it like magic, like a dark and misterious alley.

Trust is a fundamental thing in our world nowadays. Our banks, our goverments, we trust them for no real reason besides that we are supposed to do it.

Peer reviews are one of the best ways to improve code quality but also standard security research MUST be a part of software development yesterday.

We think security and hacking is a thing that happens to other people, to other countries. Internet taught us that the borders are a thing of the past, a thing that is found in a geography book.

We need to think about security, we need to DEMAND security and transparency to arcane systems like banks. They need to adapt to current infosec standards.

You just need one bad day to see the house of cards crumble. You know, hypothetically.